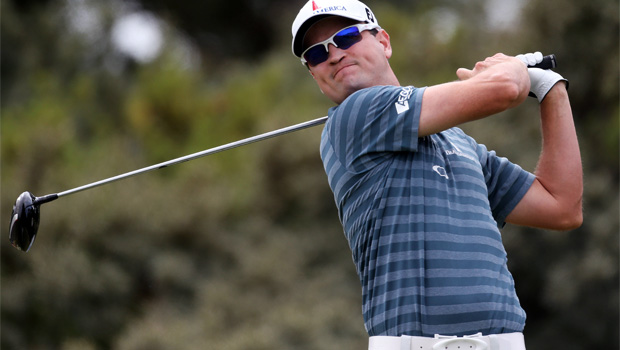 Amazingly, Johnson had never played competitive golf at Conway Farms before taking part in what was the penultimate leg of the FedEx Tour, and in fact had only set foot on the course a month earlier as a visitor.

However, the 2007 Masters winner made up for lost time as he overcame wet conditions to sink birdie putts at the 16th and 17th on the way to securing a 10th PGA Tour victory, coming home two shots clear of Nick Watney, for a 16-under-par total.

Jim Furyk, who shot an historic 59 on day two, took a one-shot lead into the final round on Monday, after play was suspended on Sunday due to torrential rain, but ended with a final round of 71 to drop three strokes behind Johnson who held his nerve to collect.

“Big picture, it’s been a nice three weeks,” he said.

“Going into Boston, even though I had a week off, I felt good about it. I had one bad round in Boston. Technically a bad four-hole stretch that just took me out of it.

“When it comes to that putt, my last hole at Boston, you know, I had zero indication as to what it meant. I was just playing. I think that’s what I’ve got to keep doing.

This victory puts Johnson into fourth place in the season-ending FedExCup table and in with a big chance of snatching the $10 million prize when the action rolls on to Atlanta later this week.