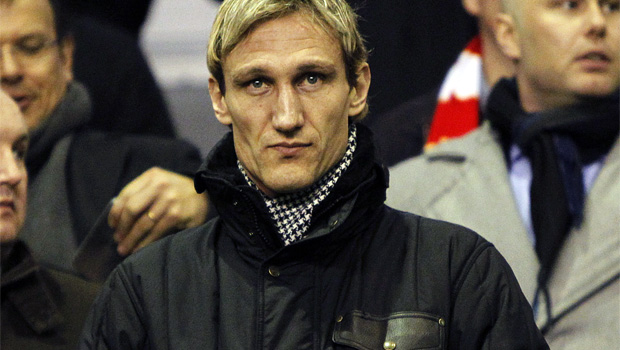 Former Liverpool defender Sami Hyypia will bid to get his Bayer Leverkusen side off to a good start when they face Manchester United in Champions League this evening.

The Champions League group stage gets under way and for Bayer Leverkusen it does not get much tougher than an away tie at Old Trafford in their first Group A encounter.

The German side finished third in the Bundesliga last season to qualify, scoring 104 goals in the process, including a 2-1 away victory over Bayern Munich, and although the defence was suspect at times, they are always likely to be dangerous on the counter-attack.

For Hyypia, the visit will bring back memories of some stirring encounters during his time in the Liverpool back four, including picking up his only ever red card, while it was also the scene of his last full match in 2009 when the Merseysiders came out on top 4-1.

Looking back on that match in particular, the Finn recalled: “I knew only two days before kick-off that I would play, that made it more special and I managed to play well, in the end it was my last 90 minutes in a Liverpool shirt.

“Of course, I remember as well when I got sent off here after four minutes’ play, I watched the rest of the game in the dressing room, we lost 4-0, so that wasn’t a very good memory.”

Now in charge at Leverkusen, Hyypia has seen his side take 12 points from their opening five matches to sit third in the Bundesliga table, but this will be his first taste of Champions League group football as a manager, as it will for his United counterpart David Moyes.

Hyypia said: “They (United) are playing at home and they have big expectations in the Champions League this season, what happened last season (a last-16 exit in controversial circumstances at the hands of Real Madrid) – that can’t be the same.

“I think he (Moyes) is more under pressure. We can be quite relaxed and enjoy it. We need to give respect but not too much, we have to have courage to play football as we can, only then do we have the chance to get something from this game.”

Leverkusen will be without midfielders Gonzalo Castro and Jens Hegeler after the pair picked up slight injuries over the weekend, while Lars Bender faces a late fitness test.

One player that United will need to be wary of is Stefan Kiessling, the Bundesliga’s top scorer last season with 25 goals. He scored a brace in the 3-1 win over Wolfsburg on Saturday, a fact not lost on Moyes.

“He’s a very important player for Leverkusen. He has to be given great respect,” Moyes said.

“He’s got a great record of goal-scoring, both with his head and his feet, he’s got a style for getting on the end of balls in the box so he’s someone we’ll have to watch very closely.”

Shinji Kagawa returns to the United squad but Nani is suspended.