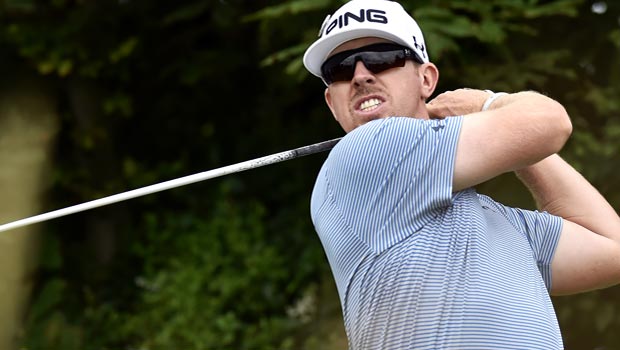 Not even a bogey at the last could take the gloss off what was a superb performance from Hunter Mahan as he eased to a two-shot victory at The Barclays, the first of the four end-of-season FedEx Cup play-off events.

The 32-year-old fired five birdies on the back nine to secure the victory with his only blemish in an otherwise flawless final-round 65 coming at the 18th as he finished two shots clear in New Jersey.

The nine automatic places for the USA Ryder Cup team have already been secured but Mahan has thrust himself into contention for one of Tom Watson’s wildcard picks with his first PGA Tour win since April 2012, and sixth in total.

The victory has also set him up nicely for the rest of the FedEx Cup play-offs and Mahan insists that he has been feeling much better about his game of late.

“This is a FedEx Cup play-off event, this is where all the best players are. You need to peak your game and play some great golf and to do it on a Sunday like I did and hit some great shots and big putts down the end feels great,” he said.

“I felt good in the last few weeks. I felt like I turned a corner from myself and refocused myself on doing the right things.

Mahan is of course in pole position to claim the overall $10m FedEx Cup prize but the Californian also has set his sights on earning a captain’s pick for the Ryder Cup next month.

“It’s the goal of every American and European players to play in the Ryder Cup. It means so much to us on both sides,” Mahan added on Sky Sports 4.

“It’s such a great competition that everyone loves to play against one another. It brings out the best in everyone. It’d be a huge bonus to be a part of the team.”

Australians Stuart Appleby and Jason Day along with Cameron Tringale shared second place at -12, one shot clear of Ernie Els, Williams McGirt and Matt Kuchar, while world number one Rory McIlroy could only muster a closing 70 to finish in a share of 22nd place.