No let up for Man City midfielder Fernandinho 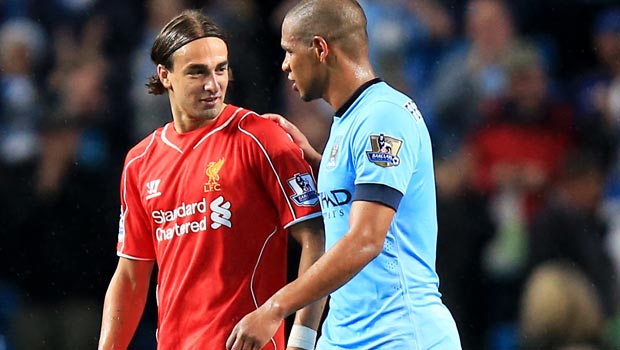 Brazil midfielder Fernandinho is conscious that Manchester City make a strong start to the season as they chase down honours on all fronts.

The Citizens got their Premier League title defence off to a winning start with a 2-0 win at Newcastle United but find themselves second in the betting at 3.40 to maintain their grip on the trophy.

Chelsea are currently trading as the 2.10 favourites to regain the title with Diego Costa grabbing his second of the season in a 2-0 win over Leicester to see the Blues take maximum points from their opening two games.

There is of course still a very long way to go but Fernandinho has called on his team-mates to maintain their focus early on, particularly with the Champions League set to commence next month.

“Some people say a lot about this, that when teams win the title it is normal to relax a bit the following season,” Fernandinho told the Daily Star.

“But our first game of the season against Newcastle showed that will not happen again.

“We will try to maintain the same performance level as last season. It is important we don’t relax.

“It was good experience for me in my first season in the Premier League to fight to the very end with a big team like Liverpool and I hope we can do the same again this season.”

City are sure to not have to worry about focus for their second game as they host the side they pipped to the title last season, Liverpool, in their first home game of the season on Monday night.

Manuel Pellegrini’s men are priced at 1.86 in the match betting to land an early blow in the title race with a win, with the draw next best at 3.67 and Liverpool available at 4.17.