Four down, five to go 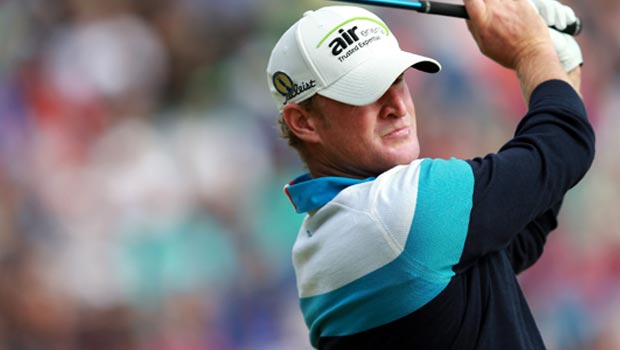 Jamie Donaldson is understandably elated after enjoying a double success on Sunday with his Czech Masters success securing an automatic place on Europe’s Ryder Cup team to take on USA at Gleneagles next month.

Paul McGinley already has world number one Rory McIlroy, Henrik Stenson and Victor Dubuisson confirmed in his line-up, qualifying through the European points list, with Donaldson now also among his final 12.

Europe are installed as 1.50 favourites to retain the Ryder Cup they so magnificently won with the ‘Miracle at Medinah’ two years ago, with four of the nine automatic places now known.

Wales’ Donaldson booked his place courtesy of his third European Tour win, shooting a round of 68 on Sunday to finish two shots clear of overnight leader Bradley Dredge at 14-under-par, in a first Welsh one-two on the Tour.

Donaldson, who had only needed to finish in the top seven to secure his debut Ryder Cup spot, is now relishing the end of season run-in, after also climbing up to fourth in the Race to Dubai rankings with his victory in Prague.

“I needed to play well either this week or next week, or both, to guarantee my place in the Ryder Cup team so there was a lot on the line.

“Winning is everything: wins shoot you up world rankings, Race To Dubai, all sorts.”

Time is running out for players on the fringes of automatic selection to secure a place in McGinley’s team, with the captain set to name his wildcards on September 2.