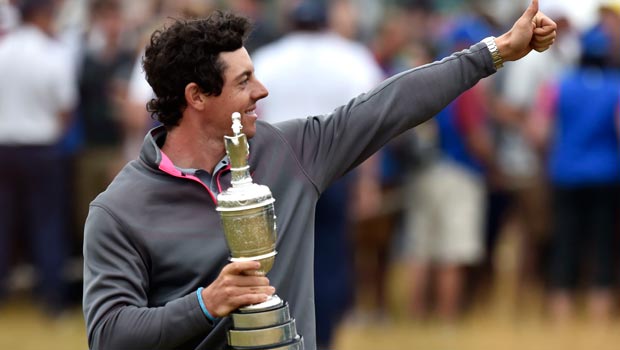 Graeme McDowell says it is unlikely Rory McIlroy will follow in Tiger Woods’ footsteps and dominate the golfing world as there are now too many good players on tour.

McIlroy wrapped up his third major at the weekend by clinching the Open Championship, becoming just the third player to have won three majors by the time they are 25.

The other two players are Jack Nicklaus and Tiger Woods, who have 32 major titles and counting between them.

In the wake of his success at Royal Liverpool, McIlroy is being tipped to challenge the duo’s tally of major wins, with many fancying him to replace Woods as the world’s most recognised golfer.

The American gained his fame by dominating the game from 1998 up until his last major win at the 2008 US Open.

Woods put together a run of five wins in six major tournaments between
1999 and 2001 but looks unlikely to ever return to those heights after a series of injuries and personal problems.

While some are suggesting McIlroy can take Woods’ place, compatriot McDowell is not so sure.

The 2010 US Open champion believes no-one will ever dominate the sport as Woods did for the foreseeable future, insisting there are too many quality players for McIlroy to rack up major after major.

“For every Rory there’s an Adam Scott and Jordan Spieth and Sergio Garcia and a Tiger and a Phil (Mickelson). There’s too many good players now. It’s so deep. It’s so strong. Everyone is so good.

“I don’t think we’re going to see that dominance again for a while unless somebody comes out who has perfected the imperfectable. I think these guys, the best players in the world, are playing pretty close to as good as you can play, really. This game is hard.

“You can’t play much better than Rory is hitting the ball. That’s as good as it gets.

“Unfortunately you can’t hole every putt, or else you’d be shooting 58 every day. It’s just not happening.”

McIlroy will hope to prove McDowell wrong when he bids to make it back-to-back majors at the US PGA Championship in August.