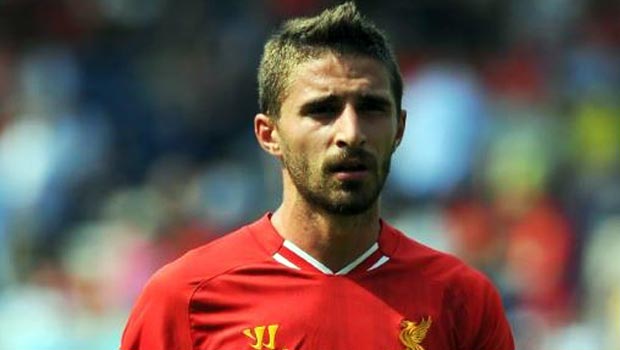 Liverpool manager Brendan Rodgers expects Fabio Borini to be back in training in a few days after he picked up a knock in Wednesday’s friendly loss to Roma.

Borini was forced to leave the field after just 14 minutes of the meeting with the Italian outfit following an awkward fall on his shoulder.

The Reds’ medical staff feared the worst when helping the Italian off the field but tests have revealed he has just bruised the shoulder and managed to avoid any serious damage.

Rodgers said: “It’s not bad as first thought; he’s had problems in the past with his shoulder.

“He’s only bruised it, so he’ll miss a few days and he won’t train for the remainder of the trip here, but it’s only a matter of days until he’s back training and playing again.”

The 23-year-old is expected to leave Liverpool this summer with Sunderland closing in on a £14million deal for the man who spent last season out on loan at the Stadium of Light.

Liverpool are currently in America on their pre-season tour and Rodgers has played down the result insisting that it is just important to get some game time.

Rodgers’ side are still to play Olympiakos, Manchester City and AC Milan while in the States before travelling back to England where they will host Borussia Dortmund at Anfield.

He added: “It’s not about results at this stage. The most important result for me is the first game of the season.

“You have a choice – you can play friendlies that probably make you win every game and you might not find anything out. We’ve got a really tough set of fixtures over the course of the pre-season.

“The most important objective is that we’re in a really good physical condition for our first game of the season, against Southampton.”

Liverpool who are priced at 1.41 to win their opening game of the Premier League season will host Southampton who are available at 6.24 to claim victory at Anfield.