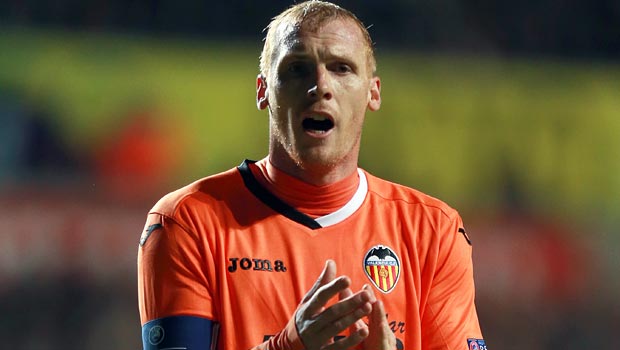 Barcelona have announced the signing of defender Jeremy Mathieu from Valencia for a fee of £15.8million.

The Frenchman has spent the last six years with Valencia but will now leave the Mestalla after Barca’s protracted pursuit of the defender ended in success.

Mathieu has been linked with a switch to the Nou Camp ever since it was confirmed that Carles Puyol would be leaving at the end of last season.

The 30-year-old has been brought in due to his ability to play at either centre-half or left-back, two positions Puyol often covered during his time with the Catalans.

Mathieu has agreed a four-year deal with Barcelona and becomes one of the most expensive players at the age of 30 or above.

“Barcelona and Valencia have reached an agreement for the transfer of the French player Jeremy Mathieu,” a statement on the club’s official website reads.

“Jeremy Mathieu will sign a contract with Barcelona for the next four seasons plus an optional season more.

“The cost of the transfer is £20million and the buyout clause will be £50m.”

Mathieu is Barcelona’s fifth signing of the summer, following on from deals for Luis Suarez, Ivan Rakitic, Claudio Bravo and Marc-Andre ter Stegen.

Given the Spanish side faces a transfer ban in the future it is likely they will conduct more business before the La Liga season gets underway.

Barcelona are priced at 2.10 to win the league this season, with Real Madrid installed as 1.85 favourites while last season?s champions Atletico Madrid are on offer at 14.00.