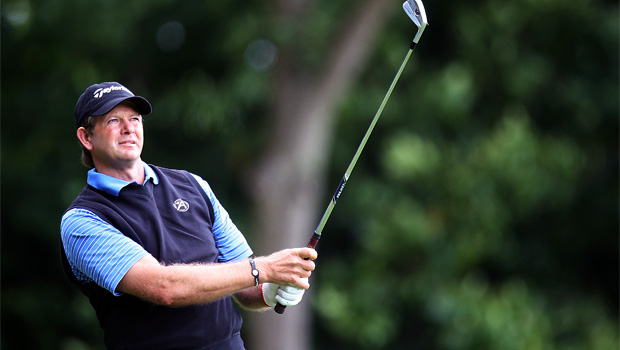 Retief Goosen will make his long-awaited return to action this weekend but is not expecting miracles in the Italian Open.

The South African star has been on the sidelines for the last five months with a stress fracture in his back and has only just been given the green light to return.

It has been a tough couple of years for Goosen, who has been dogged by back problems, but he says he is just glad to be out on the course again.

Goosen admits he is feeling rusty going into the Italian Open but he is just keen to get some golf under his belt as he looks ahead to the new PGA Tour season that starts next month.

“The last couple of years have not been fun with a lot of injuries,” Goosen told the European Tour’s website.

“I was then told I had a stress fracture on the L-3 facet joint and that meant another three to four months of rest.

“Yesterday was the first time I had played 18 holes in five months and I have to say that it felt a little bit weird! I had no idea where the ball was going to be honest and I think I lost about four balls but it is nice to be back and I am just very keen to get out there and play.”

Goosen says he is unsure what will happen this week and has refused to completely rule out a shock victory.

“This week is a great golf course to come back on and it is in great shape,” he added. “I am probably not expecting to win this week so I just want to try and enjoy the week and see what happens. And in golf you just never know.

“There are a lot of good players here and I just don’t know what to expect from myself.”