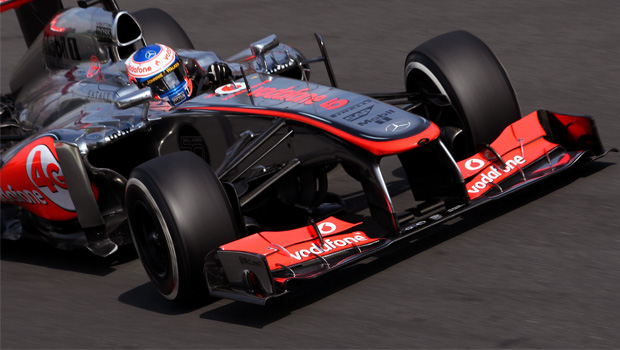 Jenson Button says he will be racing with McLaren in 2014, despite the fact he has yet to sign a contract extension with the team.

McLaren have underperformed in 2013 and when it was revealed last month that they had yet to take up the option on Button’s services for next year, it kicked off speculation that the 2009 World Champion may not be kept on.

However, Martin Whitmarsh has hinted that both Button and his team-mate Sergio Perez deserve another go in 2014 and Button says he is cool about the whole situation.

When quizzed about penning a new contract ahead of this weekend’s Singapore GP, Button revealed: “It’s not an issue for either party.

“So just concentrating on racing and we’ll be racing together in 2014.”

Button had seen his name linked with Red Bull and Ferrari, but all such talk was blown out of the water when they named Daniel Ricciardo and Kimi Raikkonen respectively.

Meanwhile, Button has also given his thoughts on new line up at Ferrari that will see former World Champions Fernando Alonso and Raikkonen paired together in what could be a fiery partnership.

“It’s an interesting one. I’ve been with Lewis before, we’re both World Champions, and that was a pretty interesting atmosphere in the team,” Button added.

“Alonso’s probably used to a different style of team-mate over the last few years with Felipe. A guy who’s quick, but pretty much has to do what Fernando says I guess when it comes to team orders. Kimi will not be like that.”