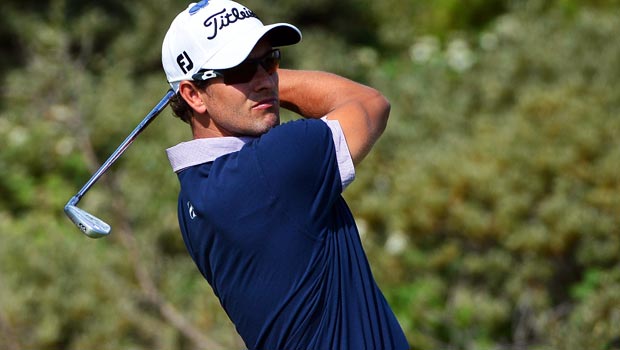 Adam Scott insists he is targeting many more titles in his career but admits that it will be difficult to match winning the Masters.

The 33-year-old became the first Australian to claim a Green Jacket when he beat Argentina’s Angel Cabrera in a play-off in April last year and his game went from strength-to-strength throughout the season.

The Adelaide-born ace secured another three titles and many more top-10 finishes during 2013 and ended the year ranked number two in the world and with only Tiger Woods ahead of him in the standings.

Scott has played only four events so far this season but has already claimed two top-10s and he will tee it up at this week’s Arnold Palmer Invitational looking for his first win.

He can be backed at 16.00 to win the tournament with Woods the favourite at 8.00 with Dafabet, while Bubba Watson and England’s Justin Rose are both on offer at 15.00.

Scott became a sporting superstar Down Under when winning at Augusta and the popular Aussie admits that the rest of his career will now be judged against what he achieved in Georgia.

“No matter what happens in my career now, it’s going to be tough to top winning the Masters, being the first Australian to win,” he told Golf.com.

“That doesn’t mean I’m not going to try to achieve more, but it’s a big deal.”

Rory McIlroy has taken a week off and will not play at Bay Hill but it is still a strong field for this week’s event.

Hunter Mahan, Brandt Snedeker and Graeme McDowell are all set to tee it up, while Patrick Reed, who has already won twice this season and considers himself a top-five player, will look to continue his upward curve.