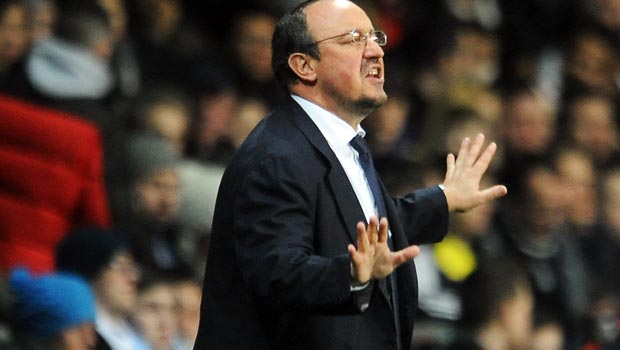 Napoli boss Rafa Benitez feels his men will draw confidence from Monday’s victory over Torino when they face Porto in the Europa League on Thursday.

The Partenopei needed a last-gasp winner from Gonzalo Higuain to claim all three points at Stadio Olimpico and they remain three points behind Roma, who beat Udinese 3-2 in the capital.

Napoli’s winner was shrouded in controversy, however, as the Argentina international hit-man appeared to foul Torino’s Kamil Glik before running clear to score, but nothing was given and it was the visitors who left with the spoils.

Attention now turns to Europe’s second-tier competition, with the Naples-based outfit needing to overturn a 1-0 first-leg deficit if they are to progress to the quarter-finals.

Napoli are 1.91 favourites to win the game, with Porto priced at 3.53, and Benitez believes that his charges will be now be buzzing ahead of the Porto clash with the way they were able to dig out a victory on Monday.

“We reach this game with confidence, because we won a difficult test today,” he told reporters after the match. “We need to get everyone fit again and hope we are fresh for a match that will be like a Final.”

The race for the Scudetto is all but over, as Juventus are 14 points clear of Roma and 17 ahead of Napoli, but the former Liverpool chief is keen to finish above the capital club and has urged his players to dig deep between now and the end of the campaign.

“We know that second place depends on them,” added the Spaniard. “But we must do our best and try to win every time.”