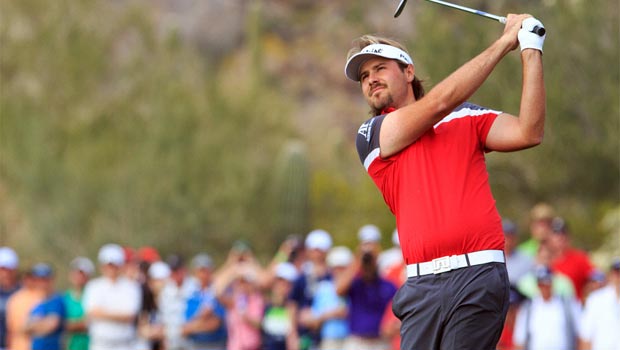 Frenchman Victor Dubuisson pointed to his improved short game as he ended Graeme McDowell’s hopes of lifting the WGC-Accenture Match Play in Arizona with a one up quarter-final victory.

Northern Irishman McDowell was Britain’s final hope of winning the tournament at Dove Mountain, but his luck finally ran out after 58 holes in which he had produced thrilling comebacks to see off Gary Woodland, Hideki Matsuyama and Hunter Mahan in previous rounds.

It means the 23-year-old, who won the Turkish Airlines Open at the end of last season, is virtually guaranteed a place in Europe’s Ryder Cup team at Gleneagles in September.

He said: “The key was my short game. I have been really practising hard here from the high rough and at the end it paid off because my chip on 17 was unplayable but I managed to make a good up and down.”

Dubuisson faces a tough test in the last four as he goes up against a seven-time winner of Match Play titles at Wentworth in South African veteran Ernie Els, who defeated 20-year-old Jordan Spieth 4&2.

In the other half of the draw, Australia’s Jason Day beat Louis Oosthuizen, who was struggling with a back injury, 2&1 to set up a semi-final with Rickie Fowler, who finally edged past fellow American Jim Furyk one up.