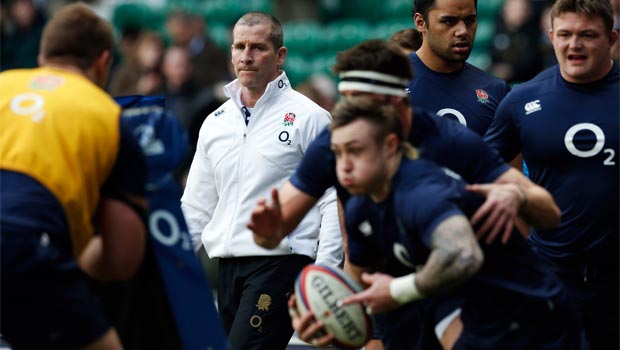 England head coach Stuart Lancaster believes the Six Nations “is open for everyone” after his side ended Ireland’s Triple Crown and Grand Slam aspirations with a 13-10 victory at Twickenham on Saturday.

The encounter was a slow-burner as Owen Farrell’s penalty was all that divided the two sides at the interval.

But slack defending allowed Rob Kearney to touch down for the Irish with Jonny Sexton’s conversion and penalty moments later putting the visitors into a commanding 10-3 lead.

Farrell responded with a penalty before Danny Care’s 57th minute try proved to be the decisive moment of the encounter as Farrell converted to put England into a 13-10 lead which they held onto for the final 23 minutes.

The defeat for Ireland followed on from France losing their 100 per cent start in Wales on Friday night to leave four sides all vying to win the Six Nations tournament with two matches remaining.

Lancaster who praised his side’s defensive play and felt their “character shone through” as Ireland knocked on the door, is relishing a clash with defending champions Wales at Twickenham on March 9 before a final game against Italy.

He said: “The Six Nations is open for everyone given the way the results have gone. It’s been a fantastic championship this year.

“We’ll enjoy this win but we know that there’s a big, big challenge coming in two weeks’ time.”

Lancaster added: “We respect Wales because of what they’ve achieved over the last couple of years and their performance against France has given them confidence, so it will be a great game.”