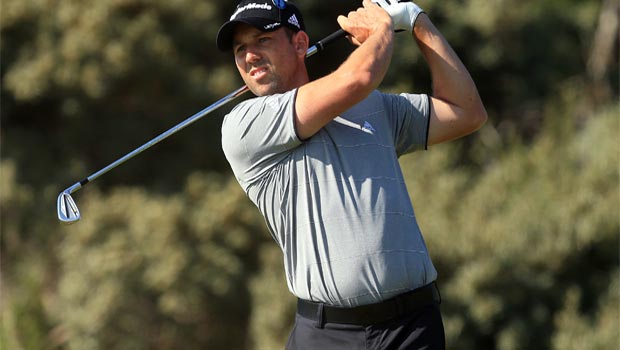 Sergio Garcia held off the challenge of Henrik Stenson to secure his first win of 2013 with a four-shot triumph at the Thailand Golf Championship.

The Spaniard went into the final round in Bangkok with a four shot lead after back-to-back seven-under-par 65s on Friday and Saturday but had the in-form Stenson lurking ominously in second place.

Stenson has been the man to beat in the second half of the year after capturing the FedEx Cup and Race To Dubai titles, and was expected to be Garcia’s main challenger on the final day of the European Tour event.

Garcia has at times faltered when leading going into the Sunday of previous tournaments but managed to hold his nerve at the Amata Spring Country Club, carding a final round 68 to take the title.

The 33-year-old’s final round included six birdies and two bogeys as he finished on 22-under-par to secure his first title since the Johor Open in Malaysia last December.

Much to Garcia’s relief, world number three Stenson could only match his round of 68 as he was forced to settle for second, leaving Garcia to celebrate a fine end to 2013.

“It’s feels amazing,” he said. “Obviously, I’ve been fortunate to play here three times, counting this one, and I’ve been getting better every year, but it was a great week from the beginning.

“They have taken such great care of us here and Henrik was pushing, he was pushing hard on that front nine.

“I made a couple of pars and he missed a couple of birdie putts. I’m just really happy to come through.

“I want to dedicate this win to my mum who had minor surgery early last week and is now recovering nicely and to my girlfriend who was with me throughout.”

Frenchman Alexander Levy shot a three-under 69 to finish alone in third, eight shots behind Garcia, while US Open champion Justin Rose, last year’s winner Charl Schwartzel, Yuki Kono and Anirban Lahiri finished in a tie for fourth on 13-under.