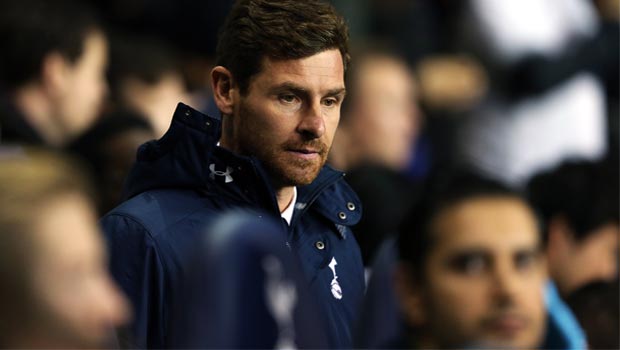 Andre Villas-Boas says he will not walk away from Tottenham but is not sure how much time he will be given by the Spurs board to turn things around following the humiliating 5-0 home defeat against Liverpool.

The Portuguese is under heavy pressure following Sunday’s drubbing, which came hot on the heels of another embarrassing 6-0 defeat at Manchester City.

Despite calls for his head from some disgruntled sections of the Tottenham support, Villas-Boas says he will not resign and will instead continue to work hard to turn the club’s fortunes around.

There appears to be no scheduled meeting with Tottenham chairman Daniel Levy, and Villas-Boas believes he still has the support of the Spurs board.

“That’s the only thing I can’t control, it’s not my call so I can’t say anything else,” he said when quizzed about how much time he has.

“I have to get down to work, that’s the only thing I can focus on.

“The call to make that decision is not mine, because obviously I won’t resign and I’m not a quitter.

“The only thing I can do is work hard with the players to get them back on track. This is a top-four squad but in our Premier League form we are not there.

“It’s not the points tally that’s the problem, it’s the expression of the results.

“It’s the second expressive scoreline that we’ve suffered in the season, and we admit that in the Premier League things aren’t going in any shape or form the way we want.”

He added: “All of us had high expectations for this season, we still have them. Again I repeat that we are not far off, but the distance is increasing for those Champions League spots.”

It comes as no surprise that Villas-Boas is now hot favourite to become the next Premier League manager to lose his job.