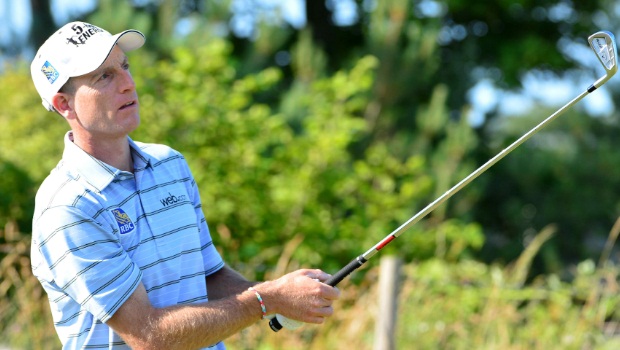 Jim Furyk equalled the record for the lowest ever 18-hole PGA Tour score with his round of 59 on the second day of the BMW Championship in Illinois.

He carded 12-under on the par-71 Conway Farms course, which gave him a share of the lead as he sits on 11-under-par for the tournament alongside compatriot Brandt Snedeker, who scored 68 on day two.

Furyk became only the sixth player in PGA Tour history to card sub-60 with his round which contained 11 birdies, an eagle and a bogey.

Speaking after his stunning day’s play, he said: “It’s absolutely the best round of golf I’ve ever played.

“It will sink in later and I’ll have to calm down and realise I’m in contention for the golf tournament.”

Sixteen players on the European Tour have shot a 60, but no-one has gone below the figure.

Furyk scored 28 on the outward nine holes, including an eagle on the 15th. Birdies on the second, third and fourth suggested he could score a record 58 but he blotted his copybook with a three-putt bogey on the fifth hole.

Entering day three of the tournament, Zach Johnson is three shots behind Furyk and Snedeker on eight-under, while there are five players two shots further back.