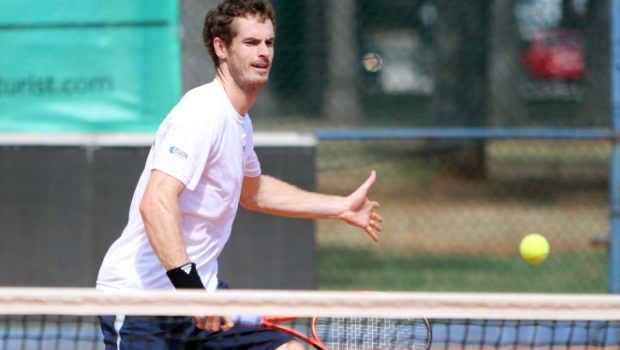 As expected, Andy Murray got the Great Britain Davis Cup side off to a winning start against Croatia with a straight sets win over teenager Borna Coric.

Murray was on a hiding to nothing at the Stadion Stella Maris in Umag, as Great Britain began their quest to join the elite World Group.

Boric, at just 16-years-old, hit the headlines by capturing the US Open Junior title at Flushing Meadows last week, and certainly did not look in the least bit overawed by the presence of the world number three across the net in the opening exchanges.

He stood his ground in a first set that featured a 57-shot rally in the second game, and even had the audacity to break the Scot in the third and final set.

In the end though, the outcome was predictable as Murray eased through 6-3 6-0 6-3 to give Great Britain the perfect start.

Murray said: “I thought the first five or six games were tough.

“I wanted to make the points long and challenging for him, physically. Maybe I was trying to play with too much spin. Once I got the break, I won a few games in a row. I lost my concentration a bit at start of the third but saw it through. It was OK – it could be better.”

The Scot was not as fluent in the final set, and revealed: “My back is a little but sore – the change of surface is difficult, but after a couple more matches I’ll have some time to rest, so let’s just get the win this weekend.”

Murray is set to return on Saturday to partner Colin Fleming in the doubles, although Jonny Marray is standing by as a replacement.