Posted by Vincent Henderson on September 14, 2013 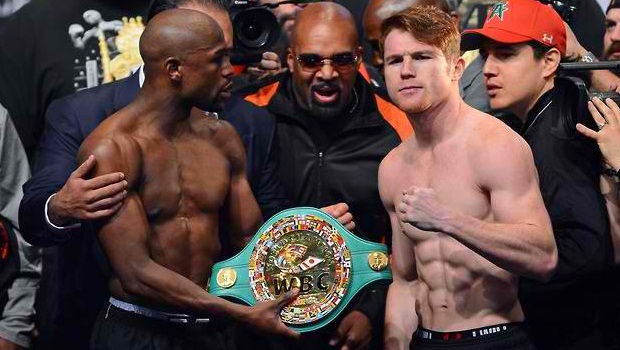 Saul Alvarez admits he is feeling no pressure ahead of Saturday evening’s bout with Floyd Mayweather in Las Vegas.

Alvarez is aiming to become the first man to beat Mayweather in a professional fight and is confident he will be able to achieve what 44 previous challengers have not.

The 23-year-old is motivated by having the whole of his home country of Mexico behind him, while he is also taking strength from his own unbeaten record of 42 wins and one draw. Many believe Alvarez represents Mayweather’s greatest threat yet as they fight for the WBC light-middleweight title.

Speaking ahead of the clash, Alvarez said: “There is no pressure whatsoever. It is motivating to have all of Mexico rooting for me.

“It truly is a pleasure to be a part of this. I appreciate all of the support for this fight. I want to thank my team for working hard with me. On Saturday night, I will be victorious.”

While Alvarez may not be the sharpest puncher, he admits that he has prepared for everything, including Mayweather’s ability to land five punches per round.

Alvarez also says he needs to be very smart in the ring and be able to adjust both mentally and physically in order to claim victory.

The Mexican made the catchweight 152lb limit for the contest in front of a lively crowd of 12,000 people at the weigh-in.

Alvarez holds both belts on the line – the WBC light-middleweight and WBA Super World light-middleweight titles – but Mayweather is favourite to make it 45 wins out of 45, even though he is 13 years older and slightly lighter at 150.5lb.