Tournament of Champions: Four tied for lead in Hawaii 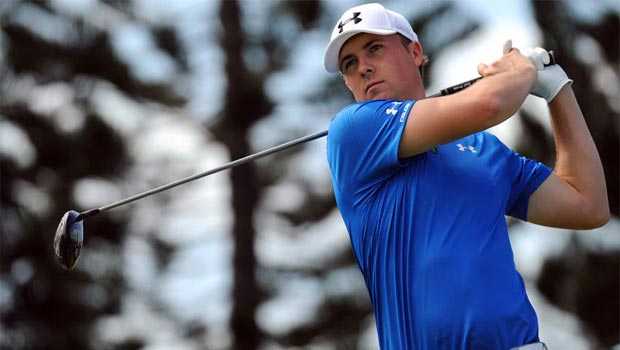 The American quartet of Michael Thompson, Chris Kirk, Jordan Spieth and Webb Simpson are all tied for the lead at -7 at the end of the first round in the Tournament of Champions in Hawaii.

The latter carded eight birdies on his way to an opening score of 66, with his fellow compatriots sitting alongside the former US Open champion in the 30-man PGA Tour event at the Kapalua Reso.

US PGA winner Jason Dufner and Zach Johnson are in a group one shot back on -6, with an eagle at the par-five ninth for the latter one of the highlights of the day’s play.

Masters winner Adam Scott, who is the highest ranked player in the tournament at world number two, and defending champion Dustin Johnson were the final pairing and both posted rounds of 70, to finish on -3.

Joint leader Simpson, who won the US Open in 2012 and is the only one of the four leaders to have played in the event before, captured the third event on the 2014 PGA Tour calendar, with a six-stroke victory at the Shriners Hospitals for Children Open in October.

Spieth, last year’s Rookie of the Year, did not drop a shot and birdied four of the final five holes, a finish matched by last year’s Honda Classic winner Thompson, whilst world number seven Matt Kuchar compiled three under-par holes on each nine and is two strokes off the pace.

Out of the 30-man field, only three players failed to shoot a score under par, with Jimmy Walker finishing level, whilst Jonas Blixt and Derek Ernst carded a +3 and +6 respectively.

Despite the tournament missing some of the biggest names in the sport, like Tiger Woods and Henrik Stenson, the current competitors have lit up the opening round in what has been a birdie-fest.