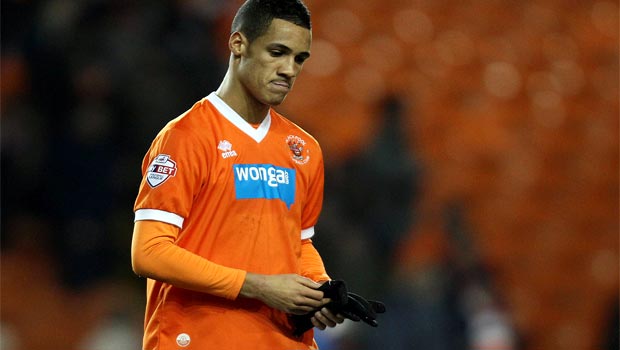 New Cardiff City manager Ole Gunnar Solskjaer has hinted at the possibility of making a move for Blackpool ace Tom Ince as the Norwegian looks to strengthen the relegation-threatened side.

The Bluebirds sit just one place above the bottom three in 17th position, enduring a run of form which has seen the side claim just one win in their last 10 games, with the victory coming against West Brom on December 14.

Cardiff are the joint-second lowest scorers in the Premier League, having found the back of the net on just 15 occasions, bettered only by 18th

Frazier Campbell and Jordon Mutch lead the goal-scoring charts for the club, with the pair both netting four times this season, an amount which reported target Ince has nearly matched himself, having recorded seven strikes for the Tangerines this season.

The England Under-21 international turned down a move to South Wales in the summer but may have changed his mind now with Blackpool struggling for form in the Championship and promotion looking unlikely, and with Swansea and Liverpool both reportedly interested in the winger, father and manager Paul may be expecting a few inquiries for his star player in January.

Solskjaer has admitted that he wants to add some new, young players to his squad as the chance to work with such talents excites him, although the former Manchester United forward declined to comment on specific individuals.

He said: “I can’t say, I love working with young, enthusiastic players wanting to learn, wanting to improve.”

Cardiff boss Vincent Tan is expected to give his new manager more than £20million to spend this month, just weeks after he told sacked Malky Mackay that he couldn’t have a penny.