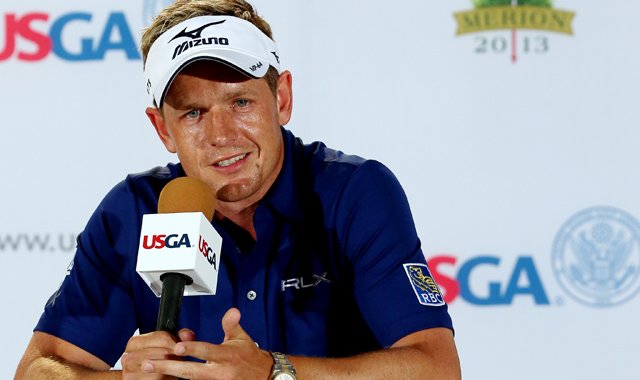 Luke Donald believes he will enjoy a change of fortune at this year’s US Open as he bids to secure his first top-10 finish in the year’s second major.

The former world number one is enjoying a solid but unspectacular season so far in 2013 with no wins and just two top-five finishes – tied fourth at the Tampa Bay Championship and tied-third at the RBC Heritage.

Donald also finished in a share of 25th place at the Masters while he ended the unofficial fifth major, the Players Championship, in a tie for 19th.

The Ryder Cup ace has never fared too well at the US Open and has missed two of the last four cuts, while his best finish came at Winged Foot in 2006 in a tie for 12th.

However, this year’s event is being held at Merion and is the shortest major course since 2001, something which Donald believes will work in his favour.

“Usually success in the US Open comes from hitting fairways and greens but my game is really (best) from the green backwards,” Donald said.

“I would like to have seen it firmer. I think wetter, damper conditions bring more of the field in play. But certainly a course where I’m only hitting five drivers, a course where I’m hitting a lot of wedges, playing to my strengths… I feel like from a hundred yards in I’m pretty good.”

Donald will be in familiar company for the first two rounds of the US Open as he has been drawn alongside fellow European Ryder Cup stars Lee Westwood and Martin Kaymer.