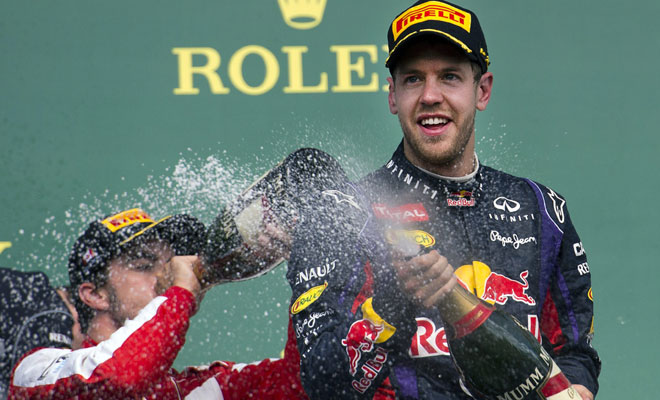 Triple world champion Sebastian Vettel has committed his future to Red Bull after extending his contract.

Triple world champion Sebastian Vettel has committed his future to Red Bull after extending his contract and will be staying with the Milton Keynes-based outfit until the end of 2015.

The German ace’s previous deal had been due to run out at the end of next season but now the announcement has been made that the contract has been extended for an additional 12 months.

There had been speculation that Vettel could be ready to leave the Constructors’ Championship winners, with Ferrari and Mercedes both suggested as possible destinations but now those rumours have been put to bed for the time being.

“Infiniti Red Bull Racing is happy to confirm that World Champion Sebastian Vettel has extended his multi-year contract with the team until the end of 2015,” a brief statement issued by Red Bull read.

“A previous member of the Red Bull Junior squad, Sebastian first drove for Red Bull Racing in 2009. During his Formula One career, the 25-year-old has achieved 29 wins, 51 podiums and 39 pole positions.”

After winning the last three world titles, Vettel has made a more than promising start to the current campaign, picking up his third win of the season in Canada on Sunday to move 36 points clear of Fernando Alonso at the top of the standings.

The next port of call is the British Grand Prix at the end of June where Vettel will be looking to continue Red Bull’s recent domination.

Vettel himself took the chequered flag at Silverstone in 2009, although his team-mate Mark Webber has won two of the last three races with the German coming home third in 2012.