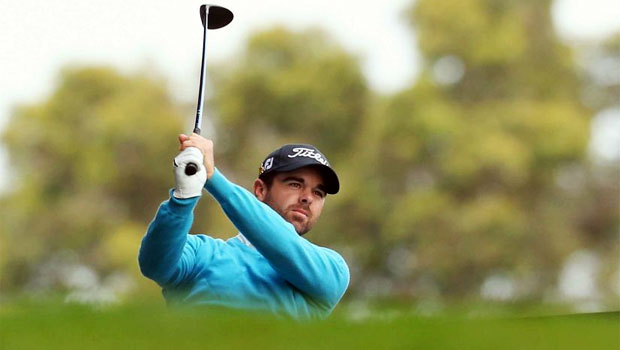 Relative unknown Nick Cullen is the surprise leader after day one of the Australian Masters as he shot an impressive 65 at Royal Melbourne.

The 29-year-old Australian leads by two shots after ending the day on -6, a round which included six birdies and an eagle, in windy conditions in Victoria.

Reigning champion Adam Scott – the main attraction at the tournament – is joined by German Maximillian Kieffer on -4, with the pair both well placed to launch a bid for the title after first rounds of 67.

Masters champion Scott started at the 10th and landed an early birdie at 13, before six straight pars followed by four successive birdies saw him top the leaderboard at one stage.

However, a bogey at eight and a final par meant the 33-year-old ended the day two shots off the lead but he was pleased with his consistent performance.

“I think 67 around here is a good score,” said the world No 2 afterwards. I felt like I left a couple out there but my game is in pretty good shape and four rounds like that might go a long way this week.”

Cullen, meanwhile, had enjoyed an exceptional round, managing an eagle at the 11th before birdie putts at 12, 13 and 17 put him in control.

He was predictably delighted with how things had gone for him, on a course he described as “amazing.”

“I’m really loving it here this week. Any time you can shoot 65 on a course like this you have to be happy,” he said.

There’s a whole clutch of players a further shot behind Scott and Kieffer, with Anthony Brown, Stephen Leaney, Peter O’Malley, Nathan Holman and Ryan Fox among them, all on -3.