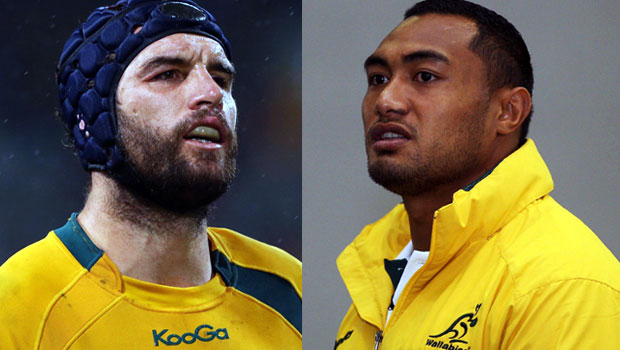 Scott Fardy and Sekope Kepu are both back in the Australia side as part of three changes for Saturday’s international against Ireland at the Aviva Stadium.

Fardy returns at blindside flanker while Kepu gets the tighthead prop role in place of the rested Ben Alexander for the Dublin clash.

Paddy Ryan is back in the matchday squad for the first time this year among the replacements, while Rob Simmons is the third change for the Wallabies as he plays in his more-accustomed second-row position.

Hooker Tatafu Polota-Nau has recovered from his broken arm and is back on the bench as the visitors aim for back-to-back victories for the first time this year after last week’s 50-20 success over Italy.

Wallabies coach Ewen McKenzie knows dominating the breakdown will be key to their chances of seeing off Ireland as he looks to build momentum ahead of further games against Scotland and Wales still to come this autumn.

He said: “It will be important for us to be extremely accurate at the breakdown, but overall we’ve gone with a forward pack that is quite capable of dominating in that area, especially with one of our best operators in Scott Fardy coming back from injury.

“We’ll be looking forward to the challenge and also to the opportunity of building some momentum by winning back-to-back games for the first time this year.

“In terms of Ben Alexander, we’ve taken the advice of medical staff that the best option for him this week was to have a rest. We’ve listened to that advice and are now looking forward to seeing what Sekope and Paddy do with the opportunities they are being given.”