Bubba Watson ready to have fun 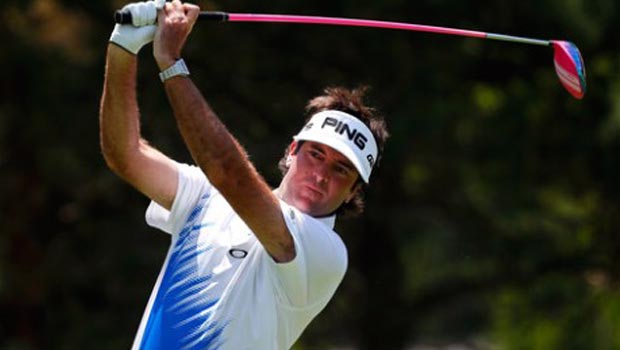 Bubba Watson appears to be in relaxed mood about his game as he became the only person to shoot a third successive round in the 60s at this year’s Memorial Tournament to take a one-shot lead into the final round.

The two-time Masters champion carded a second successive round of 69 to go along with his opening 66 to move to 12-under par, and one clear of Scott Langley.

Watson started like a house on fire as he fired five birdies in six holes on the front nine, dropping a shot on the fourth, which brought him right into contention.

He could not replicate the blistering opening coming home though as he picked up just one more shot at the 15th, while suffering bogeys at the 11th and 18th.

Regardless, Watson’s consistency this week has put him into the driving seat going into the final 18 holes and he is determined to enjoy himself as he looks to land his third win of the season.

Watson told Sky Sports: “Shooting in the 60s every day is my goal, so it’s working out so far.
“It’s going to be good, we’ll go out there and have some fun.”

Fellow left-hander Langley will join Watson in the final group after making his move on the back nine, with one birdie on the front nine followed by four coming home in a flawless 67.

Japan’s Hideki Matsuyama is in sole possession of third place on 10-under after a round of 69, while world number one Adam Scott climbed up to fourth place on nine under after a 68.

England’s Paul Casey, who had held a three-shot lead at the halfway stage, suffered a disastrous third round of 76 to slip back into a share of fifth place alongside the likes of Charl Schwartzel and Jordan Spieth, four off the lead.