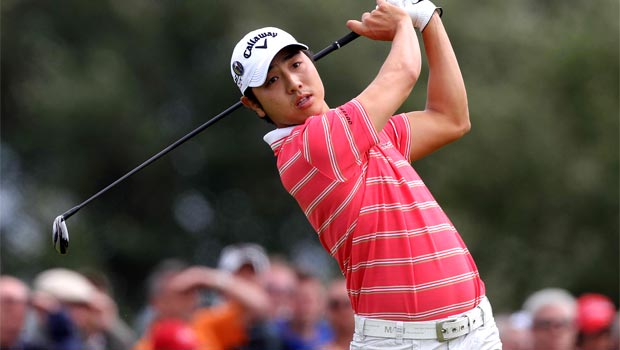 Sang-Moon Bae leads the Northern Trust Open by one shot at the halfway stage and is confident he has learned his lesson after blowing his chances of a second win on the PGA Tour at the same event last year.

The South Korean returned to the Riviera Country Club looking to make amends for what he felt was a missed opportunity 12 months ago when he was tied for the lead heading into the final two rounds.

Having played so well to reach nine-under on that occasion, Bae saw his chance of victory ended with a disastrous third round of 76 to finish the 2013 edition of the tournament in a share of eighth.

A year on and Bae finds himself on nine-under again for the tournament, sitting pretty at the top of the leaderboard after following up his opening round of 67 with a bogey-free, five-under 66 on Friday.

The 27-year-old has a one-shot lead over nearest challengers Aaron Baddeley and Robert Garrigus, and Bae is confident he won’t make the same mistake twice by letting his chance of victory slip away.

“It was really, really good experience, and I learned a lot,” Bae told the tournament’s official website. “I improved a lot from last year.”

Bae’s slender advantage gives the chasing pack hope of being able to overhaul him, with Australian Baddeley knowing the Riviera course well having won the 2011 Northern Trust Open.

Baddeley hasn’t won a tournament since his success in California three years ago but gave a glimpse of what he is capable of on the back nine, birdying six holes including four in a row to finish.

Overnight leader Dustin Johnson was unable to build on his good first round as a score of 70 saw him slip back into a share of fifth on six-under.