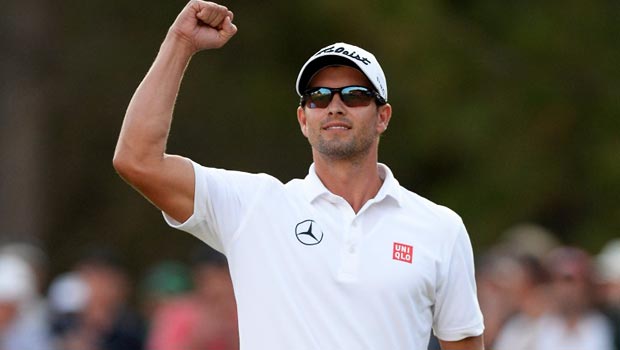 Adam Scott has vowed to “work pretty hard” to ensure his stay at the top of golf’s world rankings is not restricted to just one week as he prepares for the Crowne Plaza Invitational.

The 33-year-old Australian finally ended his wait to usurp Tiger Woods as the world’s number one last weekend after being ranked in second spot for the past 38 weeks.

Ironically Scott, who has failed to win a PGA Tour event so far this year, made it to the top without hitting a ball in anger as he sat out the Players Championship.

The mission now is for him to remain at the top, with his first outing coming this week at Colonial in Texas, while both Henrik Stenson and Matt Kuchar are waiting in the wings to try and leapfrog him.

If Scott misses the cut and Stenson secures a top-30 position at the BMW PGA Championship at Wentworth, that would enable the Swede to take top spot. If Scott makes the cut then Stenson must finish at least three places higher in his respective tournament.

Kuchar knows a win at the Crowne Plaza Invitational will be enough for him to be top dog so Scott is well aware that he cannot afford to relax.

“It’s quite incredible really, to sit here as the No 1 golfer in the world,” Scott said. “I probably downplayed the rankings for the last two months, maybe trying to take some pressure off myself and just play golf.

“I think Monday morning when it was official, maybe I had a better sense of the achievement in becoming No 1. It’s an amazing accomplishment for me.

“I’m going to have to work pretty hard to stay on top, but a part of coming here this week was to play as the No 1 golfer in the world and enjoy it, at least for a week. From there, we’ll see what happens.”

Scott is 15.00 to win the Crowne Plaza Invitational, while Kuchar can be backed at 13.00 alongside fellow Americans Zach Johnson and Jim Furyk.