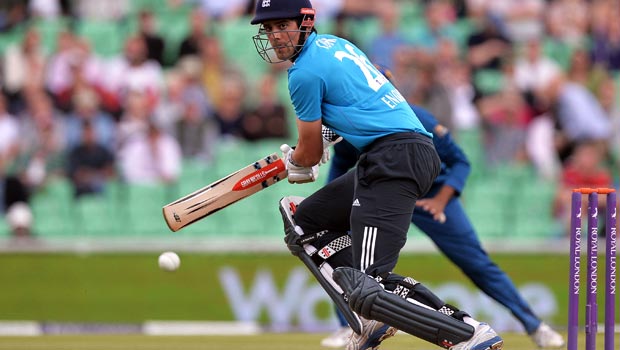 England captain Alastair Cook is adamant that “the summer starts now” as his men attempt to end their losing run of form in the first of their five-match one-day international series against Sri Lanka.

The tourists struck first blood of the summer on Tuesday as they lived up to their World Twenty20 champions billing with a nine-run win over England at The Oval.

Eoin Morgan was captain of England’s T20 side in the absence of Stuart Broad who is working his way back from a knee injury, while Cook will take over the leadership on Thursday for the opening ODI, also at The Oval.

England endured a nightmare winter as they suffered a 5-0 Ashes whitewash in Australia, before losing in the shorter formats, while an embarrassing defeat to the Netherlands put a seal on their early exit from the World Twenty20.

And Cook is looking for a positive response on home soil as the new era under coach Peter Moores begins in earnest.

“I think getting going are the right words,” he said.

“Since Australia, it’s been a long time – and we just want to get out there and play some cricket, and start whatever’s going to happen, the journey of the next year or so.

“It’s a bit weird. You turn up and train with half the guys, because the others are resting from Twenty20.

“Against Scotland [in a T20 last Friday], we put in a decent performance. But the summer starts now.”

Cook added on Sky Sports: “No-one has a divine right to win any game of cricket. You have to earn that right. Sri Lanka are an incredibly dangerous side with some talented players. We are desperate for a good performance.”

England are currently the marginal favourites at 1.92 to win the opening ODI on Thursday, while Sri Lanka are 1.94.