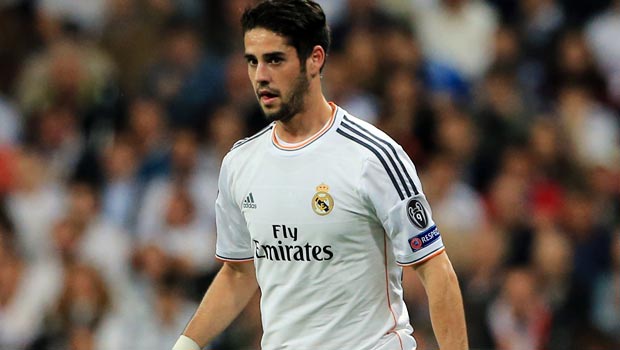 The 22-year-old Spain international, who snubbed an offer from Manchester City last summer before making the switch to the Santiago Bernabeu from Spanish La Liga rivals Malaga, has scored 11 goals in his first season at the club.

Real managed to win the Copa del Rey, but lost out to city rivals Atletico in the race for the title so Isco is looking for Los Blancos to have the last laugh when the two sides meet in Lisbon’s showpiece final.

Real have not reached a Champions League final since their 2002 success over German Bundesliga outfit Bayer Leverkusen which has left them stuck on nine overall wins since.

Isco feels 12 years is too long for a club of Real’s calibre to wait for another major European final and he is looking to help them come out on top.

“There’s a great buzz around the team. We can’t wait for Saturday – we’re really up for it,” he told the club’s official website.

“The fans will need to act as our extra man. We really noticed their presence from the get go in the final of the Copa del Rey.

“Hopefully we’ll win La Decima. Real Madrid can’t go this long without winning the final. There is one match left and we’ve been working towards it since July and we have to give our all.

“We have been a strong, compact and united team this season in the big games. That will be key on Saturday. If we play with that desire, we have a great chance of winning.

“Atletico have been spectacular this season. We have to match them in terms of intensity. Everyone dreams of playing in a Champions League final. We will give it our all to win La Decima.”

Real Madrid are 1.97 favourites in the match betting for Lisbon’s showpiece final, with Atletico priced at 3.87 and the draw at 3.29.