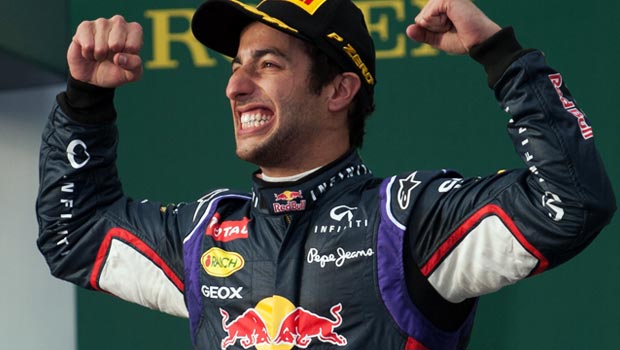 Formula 1 driver Daniel Ricciardo remains philosophical about the highs and lows surrounding his second place finish in the opening Grand Prix of the season.

It was the first top three finish of the young driver’s F1 career, but the jubilation quickly turned to despair when he was disqualified because his RB10 car had “consistently exceeded” the fuel flow rate.

Red Bull have launched an appeal – a process that could take weeks, not days, but Ricciardo remains in an upbeat mood despite the setback.

“I did a good job in the car and I got to stand on the Australian Grand Prix podium – and no-one’s taking the sensation of doing that away,” he said.

“What happens next is outside of my ability to control but honestly, I’d rather it went down like this than have retired from the race with a mechanical problem.

“I’ll take a podium and a subsequent disqualification over that any day of the week.”

As for the future, Ricciardo says the Red Bull car is still very much a work in progress.

“At the moment, we’re in the battle to be the second-best team. Obviously that isn’t where we want to be but it’s exceeding our expectations of only a few weeks ago.

“I think once we really get into the setup of the car, we’ll be able to close the gap to Mercedes. Obviously they’re going to improve too but I think we’re in a good position to make bigger strides.”