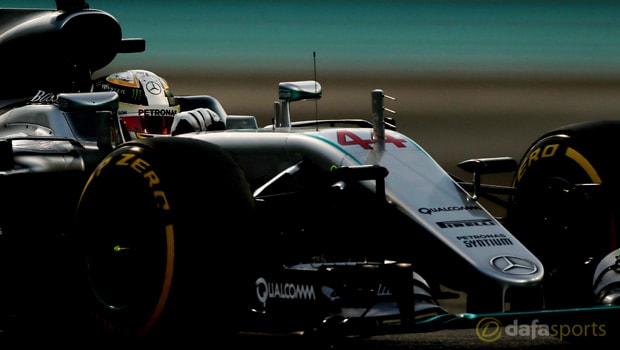 Newly-crowned four-time world champion Lewis Hamilton wants to end the season on a high with victory in the Abu Dhabi Grand Prix this weekend.

The Briton edged over the line in the Brazil recently, as he finally extinguished the hopes of Ferrari’s Sebastian Vettel in the drivers’ title race.

Hamilton has finished ninth in Mexico and fourth in Brazil recently as he battled to close out his title win.

With that pressure now off, he wants a tenth race win of the season to sign off.

“We could have won the last race fairly easily and it was solely my fault that we didn’t do so,” he said.

“The plan this weekend is to go back to our old performance hopefully, Austin kind of thing where we are solid weekend, that’s our goal this weekend.

“To make sure we start on the right foot and continue all through practice.

It’s a lot easier said than done, but not impossible. The goal is to try and finish the season on a high.”

Hamilton is 1.75 to win the Abu Dhabi race, with Vettel 3.20 to sign off the campaign with a race win.

Hamilton has insisted that the W08’s near-perfect reliability record has made all the difference for Mercedes in 2017, something he owes a debt of gratitude to his team for.

Hamilton is the only driver on the grid to finish every race this season and will become just the second world champion since 1963 to go through a title-winning campaign without a DNF if he completed Sunday’s race.

“To have the consistency and reliability we’ve had this year has enabled us to be where we are.

It’s been the outlier of us alongside Ferrari, for example, and I’m massively grateful for that,” he added.