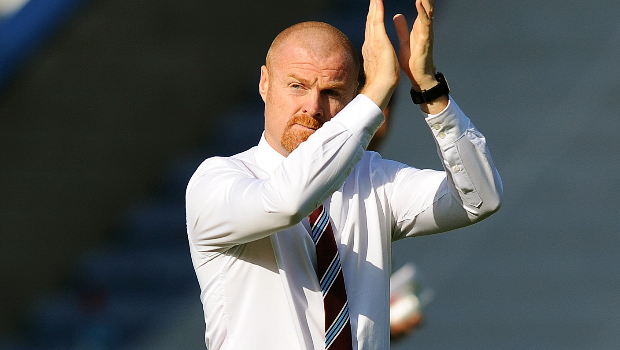 Sean Dyche insisted Burnley are worthy of topping the Championship table, following the 2-0 victory at Doncaster.

Goals from Sam Vokes and Kieran Trippier earned a seventh win in eight league and cup games for the Clarets, who went top of the league on goal difference for the first time since August 2006.

And Dyche was full of pride for his players as their sensational run of form continued at the Keepmoat Stadium.

Dyche said: “I am pleased for everyone; the players, all my staff and the supporters, who were magnificent again tonight and I think we have earned the right to be top of the league.

“That has been the really pleasing thing about it.

“In every game this season we have earned the right to be where we are. I don’t think we have lucked out in any game.

“I thought we delivered a good performance again tonight. At 1-0 they had a very good chance and that can change the feel of a game, but we had a good few chances ourselves and some very good play at times.

“This is a tough place to come, and we give everyone respect. But the most respect we have is for each other and that is showing in the way the lads are playing.”

Dyche saw his side take the lead on the stroke of half time through Vokes’ seventh goal of the season from the penalty spot, after the Welshman had been tripped

And Trippier’s shot, which deflected off the post and defender Rob Jones, assured the Clarets of a fifth straight victory.

Dyche said: “There is still loads to do, but we’ll enjoy it and keep demanding things from the players because that is certainly pushing us in the right direction.

“Doncaster started very well and for the first 10 minutes they were the best side.

“But we have managed to build a mentality and we can use our framework to stay in games, then slowly and surely we got possession, used the ball better and ended the half on top.

“We expected another rally from them in the second half and I thought we really calmed the game by keeping the ball.

“Everyone keeps talking about our strikers and I sometimes get sucked in, but  the back five were tremendous again tonight with a clean sheet.

“But there is such an honesty to the group – and from back to front we are delivering  pride, honesty, passion and hard work and we have been good value so far.”