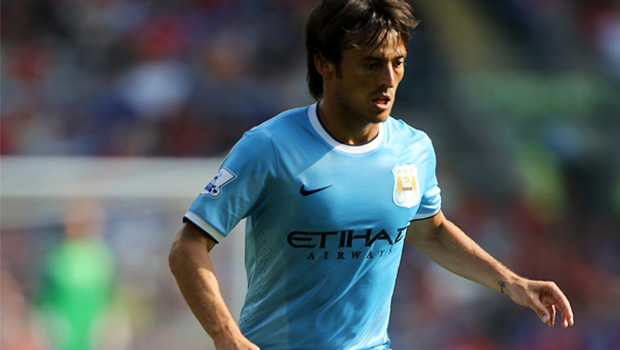 The Spaniard has been sidelined with a thigh injury since August, and although his team-mates beat neighbours United 4-1 without him, in the main they have struggled to assert their superiority over teams, most lately going down 3-2 at Villa Park at the weekend.

Pellegrini knows the task that lies ahead at the Etihad, and said:
“David is in the squad. I think he can at least play some minutes.
Sergio is fit and he is also on the list.

“We respect the Champions League very well and it is very important for us to continue against the most difficult team in the group.

“I am sure we will see a very high performance tomorrow [Wednesday].”

Both Silva, and indeed Sergio Aguero, who missed Saturday’s defeat with a knock, will be much needed against the reigning Bundesliga and European champions, as City look to continue their run in Champions League Group D. The Citizens had no trouble disposing of Viktoria Plzen on Matchday 1, but will have to be at their best to contain a side full of quality players.

City hope to progress past the group stage for the first time, and know just how important a victory on Wednesday night is. They go into the match sitting in 10th place in the Premier League after two losses and a draw in six matches. On the injury front, new signing Martin Demichelis has a knee problem while Jack Rodwell is still absent.

In contrast, Bayern are on a six-match unbeaten run in all competitions, are second only on goal difference to Borussia Dortmund in the Bundesliga, and destroyed CSKA Moscow 3-0 in their opening Group D Champions League fixture.

Apart from long-term absentees Thiago Alcantara (ankle) and Javi Martinez (knee), manager Pep Guardiola has a full complement to call on, although new signing Mario Gotze is only just on the way back from an ankle injury, having been on the bench for Saturday’s 1-0 victory over Wolfsburg.