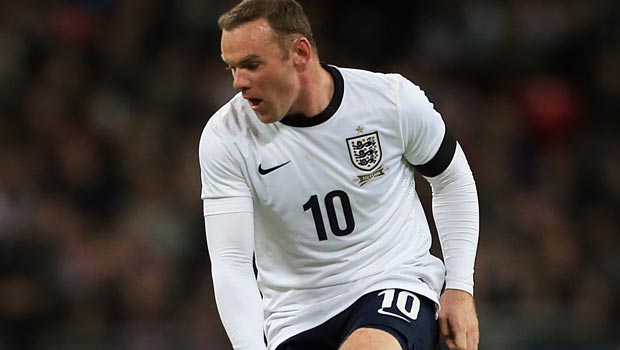 England boss Roy Hodgson claims Wayne Rooney’s “attitude is spot on” as he backed him to be fully fit for the World Cup in Brazil.

The 28-year-old Manchester United striker has been struggling with a groin injury in the closing weeks of the Premier League season, but Hodgson had no qualms about naming him in his 23-man squad for the tournament which starts in a month.

The Three Lions chief revealed that Rooney has even taken two fitness trainers to Portugal on holiday to help ensure he is ready as he looks to score his first World Cup goal in his third finals.

The former Everton starlet has struggled to make an impact at major tournaments since his impressive form at Euro 2004 a decade ago, but Hodgson is in no doubt he has the capabilities to help England enjoy a successful campaign in South America.

“We have nothing to fear with Wayne,” Hodgson said. “His attitude is spot on. His desire could not be better.

“Has he got the ability? Yes, he has, so it is just a case of bring on the matches and on that particular day Wayne Rooney can find the form that makes him who he is.”

Hodgson has also played down any fears over the fitness of Phil Jagielka, Alex Oxlade-Chamberlain and Jack Wilshere, who have also struggled for game time of late because of respective injury issues.

However, Manchester United defender Phil Jones is the only player who is in a race against time to be fit as he struggles to recover from a shoulder injury he suffered against Hull City a week ago.

Hodgson added: “Everyone tells me, and my research tells me too – I had the same injury with two of my players at Fulham – everything points to he will be back, fit and playing in three weeks.

“John Stones will be Phil Jones’ replacement if, by June 2, we are not confident Phil Jones will be fit – but everything tells me he will be.”

England are 3.00 to beat Italy in their opening Group D match in Manaus on June 14 with the Azzurri 2.46 favourites and the draw available at 2.96.