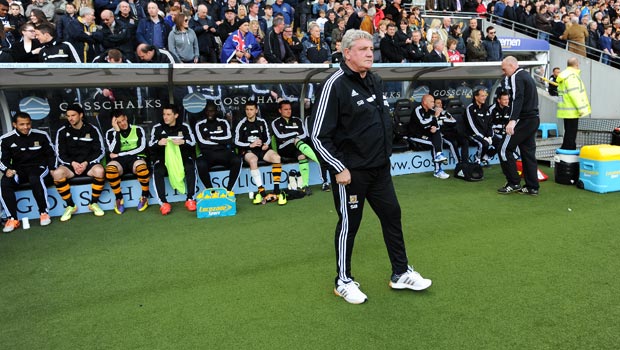 Hull City boss Steve Bruce has warned FA Cup final opponents Arsenal that his players “will be ready” for Saturday’s Wembley showdown despite admitting they have “limped along” since the semi-finals.

The Tigers have slumped in the closing weeks of their Premier League campaign with just one point picked up from the final six games since a 5-3 win against League One Sheffield United at Wembley last month booked their place in the final.

Bruce has also had injury issues to contend with and he pitched Paul McShane, Allan McGregor and Sone Aluko back into the Tigers’ starting XI for Sunday’s Premier League season-ending defeat to Everton at the KC Stadium to try and build up their match fitness for the Arsenal game.

While Hull have struggled for form, Arsene Wenger’s Gunners will go into the game on the back of five successive league wins, which secured them a top-four Champions League place, while several key players including Jack Wilshere are back from injury problems at just the right time.

However, Bruce said: “We have limped along since the semi-finals, if we are being brutally honest. I could make a case for 1,000 things. I suppose it is a bit of human nature (that results have slumped during the run-in), as they have had more important things to think about – the FA Cup final.

“But we will be ready. We play the mighty Arsenal in the cup final and I am just glad it is upon us because the past three or four weeks have certainly been the most difficult that I have managed this club.

“McShane has been heroic in what he is trying to do. He had ankle surgery 16 or 17 weeks ago. As for Sone, do I protect him and hope that he can come on and win it for us? Or, do I start him? These are the questions I will be asking myself over the next couple of days.”