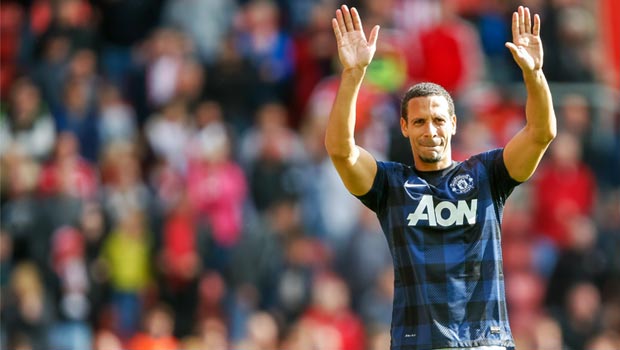 Rio Ferdinand has confirmed that he will follow central defensive partner Nemanja Vidic out of Manchester United this summer because he is “ready for a new challenge”.

The 35-year-old veteran is approaching the end of his current contract at Old Trafford and has decided to end a 12-year spell at the club having joined in a £29.1million British record transfer fee from Leeds United in 2002.

Ferdinand won the Premier League title in his first season at the club and went on to lift the trophy five more times.

He also helped the Red Devils to Champions League success in 2008 courtesy of a penalty shoot-out win against Chelsea in Moscow and lifted two League Cups and a Club World Cup during his time with the club.

However, a combination of injury problems and the likes of Phil Jones, Jonny Evans and Chris Smalling being phased into the side has seen Ferdinand struggle for regular first-team action in more recent seasons.

Therefore he has decided to move on to finish his career elsewhere like long-term partner Vidic who is moving to Inter Milan on a Bosman free transfer.

In a statement on his website, Ferdinand said: “I have thought long and hard over the last few months about my future, and after 12 fantastic years playing for what I regard as the best club in the world, I have decided the time is right for me to move on.”

He added: “I joined Manchester United in the hope of winning trophies, and never in my wildest dreams could I have imagined how successful we would be during my time here.

“There have been so many highlights, playing alongside some great players who have become good friends, winning my first Premier League title and also that fantastic night in Moscow are memories that I will cherish forever.

“I am feeling fit and healthy, ready for a new challenge and looking forward to whatever the future holds for me.”

Ferdinand’s and Vidic’s respective departures means expected new boss Louis van Gaal will no doubt need to prioritise adding some strength in depth to his central defensive options when he takes charge.