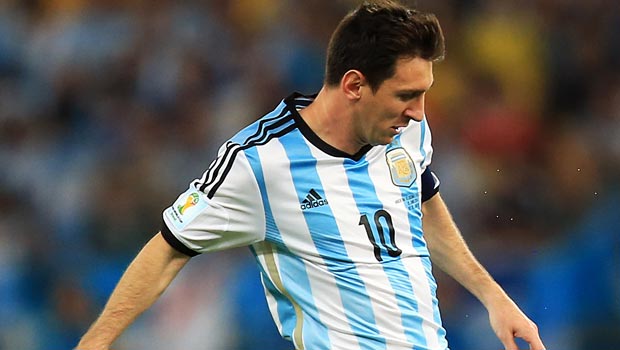 Javier Macherano admits Argentina’s hopes of winning the World Cup this summer depend on the contribution of Lionel Messi.

Messi has come under rare criticism this season after Barcelona went trophyless for the first time in six years.

It was an injury-hit campaign for the 26-year-old Argentina forward, who still managed to score 28 goals in 31 La Liga appearances.

He has since been rewarded with a new contract, making him the best-paid footballer in the world, but the Spanish media have questioned his desire and ability after failing to guide Barcelona to any silverware in 2013-14.

Argentina, however, are hoping the four-time Ballon d’Or winner will be at his very best when they travel to Brazil for the World Cup this summer and Mascherano admits Messi will be crucial if they want to win it.

“If we want to do something big at the World Cup it will depend upon his contribution”, Mascherano told LFC TV.

Messi scored 10 goals in the South American WC qualifying section and is the favourite to finish as the top scorer in Brazil, with a price of 8.00.

Argentina, second-favourites at 5.00 to win the World Cup, have been drawn in Group F alongside Bosnia and Herzegovina, Iran and Nigeria. They are 1.21 favourites to win the Group and are valued at 1.02 to qualify for the knockout stages.