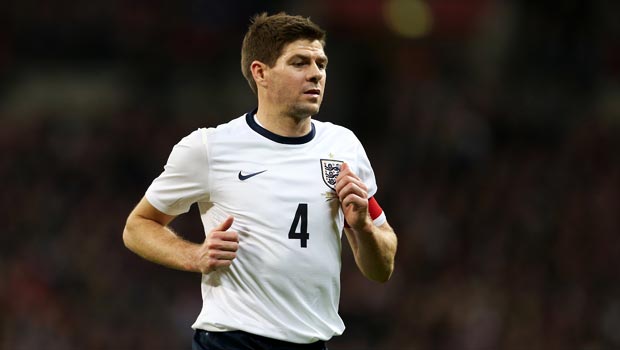 Steven Gerrard claims his is “dreaming” about World Cup glory with England this summer and he insists “there’s excitement and belief in the squad” ahead of the tournament.

The 33-year-old England captain will lead Roy Hodgson’s Three Lions out for their opening game against Italy in the Brazilian city of Manaus, in the Amazon jungle on June 14.

And while Gerrard accepts that there is a lack of expectation on the squad to do well in the World Cup, he feels that could work in their favour as the players will not have the same pressure on them to perform like in previous tournaments.

However the Liverpool midfielder insists that the 23-man squad who will be representing the nation remain quietly confident that they can go far.

Gerrard told Sky Sports News: “I think (low expectations) can help but there’s no harm in dreaming. Us players dream as well, you always say to yourself ‘what if’, ‘what if it does happen’ and you prove all the doubters wrong and you go on to have a successful World Cup?

“So there’s no harm in dreaming but the reality is that there are a lot of top teams going to this World Cup. It’s a very difficult competition but there’s excitement and belief in the squad they we can do well.

“It’s for real now. It’s not far away and the preparations start (Monday) when we get over to Portugal and do our first training session. There’s certainly a lot of excitement and belief in the squad.”

Gerrard also feels the likes of 20-year-old Ross Barkley and teenagers Raheem Sterling and Luke Shaw will give the side a new dimension and help them be something of an unknown quantity to their rivals.

He added: “They’re young lads, who have had terrific seasons. We’ve got endless amount of talent and ability and I think all the England fans hope the players can perform at a World Cup with no fear and give it their best shot.”