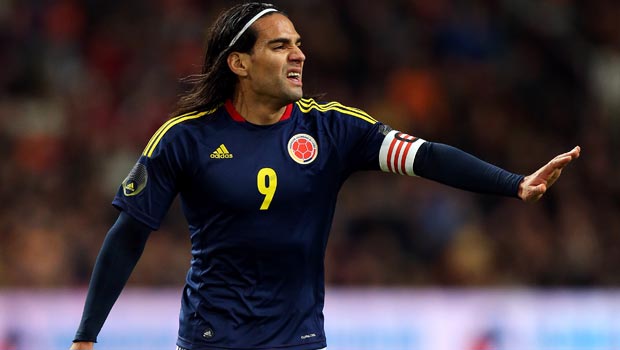 Colombia striker Radamel Falcao has admitted that he might not recover from his knee injury in time for his country’s World Cup campaign.

The 28-year-old striker has been battling back from a serious knee ligament injury which he suffered during his club side Monaco’s French Cup tie against Monts d’Or Azergues in January.

Falcao has not played again during the French Ligue 1 campaign but that did not deter coach Jose Pekerman from naming him in his provisional 30-man squad for the tournament in Brazil, which they start with a game against Greece on June 14.

Pekerman will have to make a final decision on Falcao’s involvement on June 2 when the squad must be cut to the final 23 men , while the player is not certain if he will feature.

“I don’t know yet if I will be ready,” Falcao told Canal+.

“A decision will be taken in a few days, depending on my physical condition. I am doing a lot better. My health and physical state have improved, my knee is getting better and better.

“The objective is clear – to recover quickly to take part in the World Cup. That would be fantastic.”

Falcao, who has scored 21 goals for Colombia in 51 appearances and is one of their key players, was recently described as only “60% recovered” by his father, Radamel Garcia.

He added: “What he lacks is endurance, strength, speed and coordination – fundamental things for a high-performance football player.”