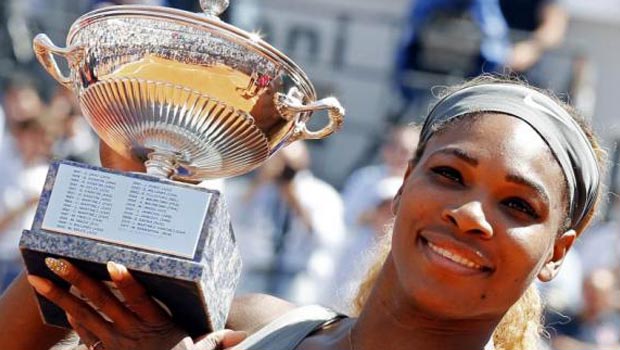 Victoria Azarenka will miss next week’s French Open because of a foot injury, while Serena Williams will head into the tournament on a high after retaining her Rome Masters crown.

Belarusian world number five Azarenka initially suffered the problem during the Australian Open in January, before a recurrence in the first round of the Indian Wells tournament in March when she crashed out of the tournament against America’s Lauren Davis.

She has been battling to make a return to action in time to feature in the year’s second Grand Slam in Paris from Sunday, but has now admitted her defeat.

“Unfortunately I will not be able to compete this year,” Azarenka said on Twitter.

“Working hard on my recovery and getting back on court.”

Meanwhile, Williams eased to victory in her final in Rome as opponent Sara Errani was struck down by left hip and thigh problems which required lengthy off-court treatment.

The American won 6-3 6-0 after 72 minutes to seal a third WTA Tour title of the season and the 60th of her career.

She said: “I’m really sorry for Sara because she’s played so well all week. I wish her good luck at in the French Open.

“I’m really happy about today. I would like to say thank you to my coach Patrick (Mouratoglou), and Sasha (Bajin) and Esther (Lee) for keeping my body together and thanks to everybody for today.”

Williams is 2.20 to win the French Open while any other player to lift the title can be backed at 4.70.