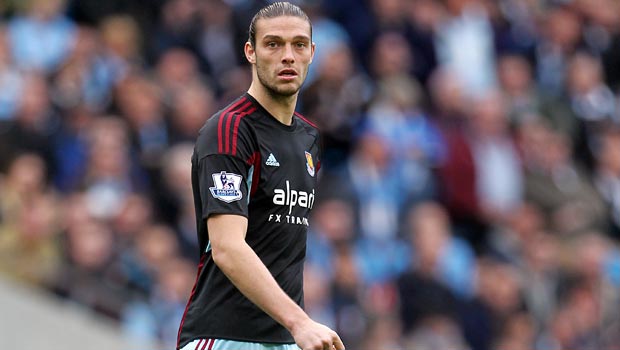 West Ham are once again worrying over the fitness of star striker Andy Carroll after he picked up an ankle injury in pre-season.

The 25-year-old has endured a torrid time with injuries since moving from Liverpool last summer, making just 16 appearances last term as he struggled to overcome a heel problem.

Carroll was able to return to full fitness before the end of the season but failed to do enough in a short space of time to convince England manager Roy Hodgson to take him to the World Cup.

Having missed out on a trip to Brazil, the former Newcastle striker said he hoped to have an injury-free pre-season in order to make sure he was in peak condition for the 2014-15 campaign.

However, the Hammers have now revealed Carroll will sit out both of the friendly matches on their tour of New Zealand in order to undergo intensive treatment on an ankle issue.

The east London club are confident the injury will not force Carroll to miss the start of the Premier League season
“After assessment by the Club’s medical experts, it was decided to let the England international rest for both remaining games and receive intensive treatment to ensure he is fit for the start of the season,” the club said in a statement.

“It should be clear that the affected area is not in any way associated with the previous injury he successfully overcame towards the end of last season.”

The Hammers lost their first of two friendly matches in New Zealand on Wednesday, going down 2-1 to Wellington Phoenix in Auckland.

Boss Sam Allardyce will hope for an improved performance against Sydney FC on Saturday as they build up towards their season opener with Tottenham.