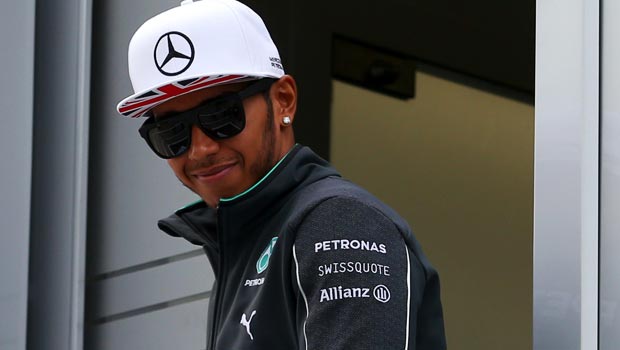 Lewis Hamilton hopes to make up some ground on Mercedes team mate Nico Rosberg in the Drivers’ Championship this weekend as he targets a third successive win in Hungary.

The British driver was unable to build on his victory at the British Grand Prix last weekend in Germany as a crash in qualifying ruined his chances of victory.

The 29-year-old eventually had to settle for third place, while Rosberg took the chequered flag as he extended his lead in the Drivers’ standings to 14 points.

Hamilton is hoping for better luck in Budapest this weekend as Formula 1 makes its last stop before taking a break for a month.

Hamilton has an excellent record at Hungaroring, winning four of his seven races at the circuit and never finishing outside the top five.

The former McLaren driver has also been on pole four times and is 1.80 to win Sunday’s race, with the field, including Rosberg, 2.02.

Hamilton says there is no secret to his success in Hungary and just feels the circuit suits his style of driving.

“I don’t really have any secrets there… just been fortunate in that race, great support there as usual with the fans and a circuit I really enjoy,” the Mercedes driver said.

“It’s a circuit where you can really attack, it works for an attacking driver like myself so perhaps it suits my driving style a little bit more than some others, maybe.”

With the German Grand Prix having marked the halfway point in the season, Hamilton admits he is eager to keep the pressure on Rosberg in their two-way fight for the title.

“Undoubtedly it’s going to be important, as it is always, to regain points,” he added.

“But as you’ve seen, anything can happen during the weekend and so I don’t know what’s going to happen in the next one.”