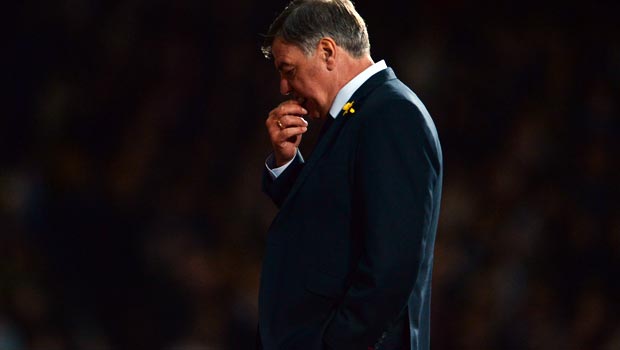 The relationship between the former Bolton boss and the Upton Park faithful has always been a fractious one, with the supporters unhappy with the style of football the 59-year-old employs.

Tensions came to the boil again at full-time in the 2-1 victory over Hull, the fans making their feelings known despite having just seen their team pick up three points.

Allardyce said afterwards he couldn’t understand why the supporters were unhappy and both Mark Noble and Kevin Nolan have called on all members of the club to show a united front.

However, despite their pleas, rumours have emerged in the British press suggesting West Ham may consider changing their manager at the end of the season due to a combination of the supporters’ protests and the team’s poor form on the field.

Brady is adamant the board are all still in favour of Allardyce though, insisting he got his tactics against Hull right.

She wrote in the Sun: “Sam had selected a team for a low-scoring match, knowing what to expect against Hull, and could not have predicted he needed instead a team to play against 10 men.

“His actions on the pitch were prudent and, at this stage of the season, correct. There is no way I can accept my team being booed.

“It undermines them when, in particular, they are giving everything they have to make up for the bad time the club endured before Christmas.

“Big Sam is so upset he complains that he has never heard a winning team booed. While this might not be strictly true, I doubt you would get the same at Fulham or Sunderland if they had won.”

While the supporters might be unhappy with Allardyce he does at least look on course to keep them in the Premier League, the win over Hull moving them nine points clear of the relegation zone.

The Hammers, who are 21.00 to go down this season, can all but cement their top flight status on Monday night when they face fellow strugglers Sunderland, who are 1.90 to drop into the Championship.