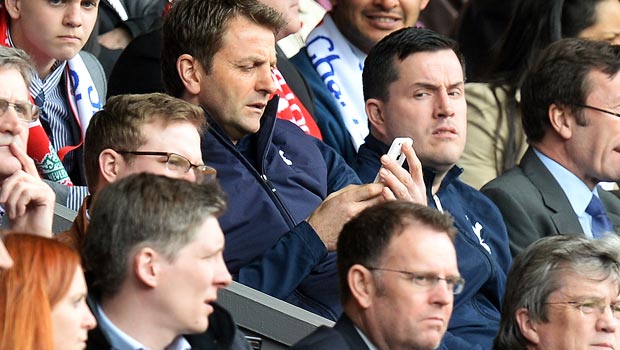 Tim Sherwood claims to have given Tottenham chairman Daniel Levy a list of players he wants to sign this summer, despite his position as Spurs coach being under threat.

Sherwood took over from Andre Villas-Boas in December after a disastrous start to the season and while he has steadied the ship, the north London club still look set to miss out on their main objective, a top four finish.

Tottenham head to Anfield on Sunday in sixth, seven points adrift of great rivals Arsenal, who occupy the last Champions League spot heading into the latter stages of the campaign.

Should Spurs fail to bridge that gap and miss out on Europe’s top club competition again then it has been reported that Levy and the club’s board could seek to replace Sherwood.

Louis van Gaal is the current favourite to takeover at White Hart Lane as the Dutch coach will be a free agent after this summer’s World Cup and has expressed an interest in joining a Premier League club.

Despite all the talk of a new man taking over, Sherwood remains convinced he will be in charge next season and is already making plans for the summer.

The former Spurs midfielder says he has given Levy list of players he wants to see at the club next season, hinting that all the names who feature in his transfer plans have Premier League experience.

“I’ve given him (Levy) a list of players of who I want for next year,” Sherwood said. “You need to start looking, this is the time. The chairman’s got a list of the players who I would like.

“There is a list of players and if you get one you don’t need to get the other. There are four or five are on there.”

Sherwood went on to reveal he planned to use Jake Livermore and Tom Carroll next season, the duo having enjoyed their season-long loan spells at Hull City and QPR respectively this term.