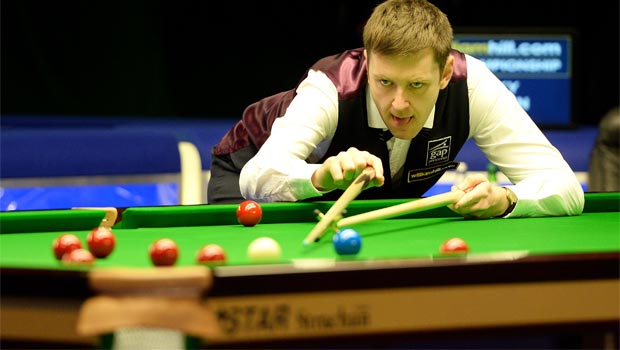 Mark Williams insists he still has what it takes to win ranking titles after seeing off world number one Neil Robertson in the Welsh Open on Wednesday.

The 38-year-old has won the World Championship twice, as well as securing two victories at both the UK Championship and The Masters, but has struggled in recent years.

Snooker legend Stephen Hendry has suggested he feels it could be time Williams calls time on his career, but the Welshman insists he can still compete with the world’s best after seeing off Robertson.

“I still think I have ranking titles in me, the last one was three years ago but I know I have to work,” Williams told The Express.

“I have played the last 17 years at the Crucible [in the World Championship], and you would be sick if you lost a qualifier. All the hard work all year would be wiped out.”

Williams is through to the last 16 in the Welsh Open following his victory over Australian Robertson.

The former world number one, currently ranked at 18, has won two Welsh Open titles but his last success came in 1999, when he beat Hendry in the final.

Williams last managed to win a ranking tournament in 2011 when he landed the German Masters crown, although he reached the finals of both the Australian Goldfields Open and the Shanghai Masters in the same year.

Williams takes on Marco Fu in the last 16 of the Welsh Open on Thursday and can be backed at 1.98 to come out on top, while Fu is 1.86 to secure the win.