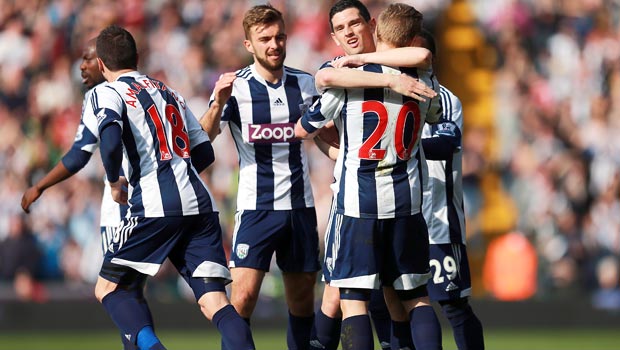 West Bromwich Albion’s survival battle looks set for a boost with a number of key players ready to return from injury.

Albion currently sit just five points above the drop zone with six games remaining going into Saturday’s clash against Spurs at the Hawthorns.

Former Everton striker Victor Anichebe is among those preparing to make a comeback, as the Baggies look to continue their solid form of late having taken seven points from a possible 12 in their last four outings.

“I’m feeling better and I just pulled my hamstring towards the end of the Hull game (a 2-0 defeat on March 22),” said Anichebe.

“I should be a lot better come Saturday. But (Matej) Vydra has come in and done really well.”

Albion have had further good news on the injury front with Claudio Yacob, Billy Jones (both hamstring) and Chris Brunt (knee) back in contention for the visit of a Spurs side 10 places above them in the league.

But Zoltan Gera could be sidelined for up to a month after picking up a hamstring problem in last weekend’s 1-0 win at Norwich.

Spurs need to take all three points back with them to north London if they are to keep their slim hopes of a top-four spot alive.

Tim Sherwood’s men are currently in sixth place on 59 points, five points behind Arsenal who occupy the final Champions League spot. In-form Everton are in fifth, on 63 points, and have a game in hand on their rivals.