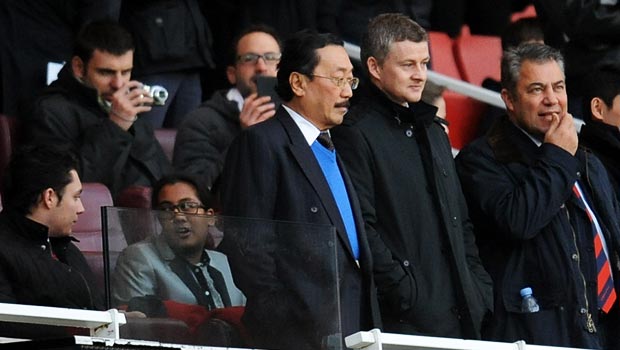 The Welsh capital club are second from bottom and six points adrift of safety with just five rounds of matches to go and have conceded 12 goals in their last three outings – the most recent being a humbling 3-0 loss at home to fellow strugglers Crystal Palace.

“I am realistic and a defeat like that can hurt everybody, but he was great,” said Solskjaer in reference to Tan’s support.

“He called Mark Dempsey and I to a meeting (on Monday) because he wanted to encourage us.

“He trusts me to deal with this. I never doubted that was the case.

“It was a bad day against Crystal Palace, a tough day. Sometimes people can make knee-jerk reactions, but he believes we can keep our place in the Premier League.

“My job is to lift the players after the defeat against Palace. Vincent Tan believed it was his job to lift Mark and myself.

“I, too, am confident we can pull this off. Everybody has been hurt and I am not immune to that but we have a job to do and the team I send out against Southampton, the whole group, will believe we can win that match and, over the last five fixtures, earn the points we need.

“We accept we weren’t good enough against Crystal Palace, but we look forward and must stick together.

“Everybody still believes we are in with a chance and we will not give up.”

Next up is a trip to eighth-placed Southampton who put three unanswered goals past Cardiff in the meeting between the sides on Boxing Day.