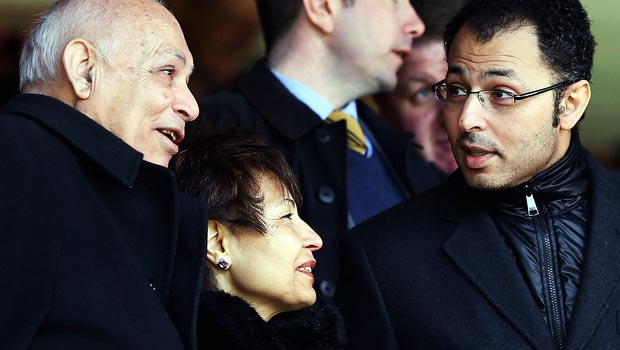 Hull City’s owners Assem and Ehab Allam have vowed to carry on their battle to change the club’s name to Hull Tigers after the Football Association rejected the proposal on Wednesday.

The father and son combination have sought legal advice about the matter, with big-hitting north-west lawyers Brabners ready to fight their case.

The name change proposal has courted controversy from the start, with a vocal section of City fans believing that it disrespects 110 years of history, while the Allams insist that taking on the club’s nickname will make Hull more commercially attractive to potential investors in Asia, where there is unbridled passion for Premier League football.

Also, having ploughed in around £80m of their own personal wealth to take Hull from the verge of administration to mid-table in the Premier League and an FA Cup semi-final, the Allams believe they should be allowed to run the club as they see fit – especially as the Tigers name change, they reckon, could be worth as much as £10million in the long term.

Despite the knockback from the FA, the Allams did take encouragement from the results of a recent fans’ poll, where a small majority of over 6,000 season tickets holders gave the thumbs up to “Yes to Hull Tigers with the Allam family continuing to lead the club”.

“If it had been the other way round, if the FA had approved it but the fans had said no, I would have severed my ties with the club immediately,” said Assem Allam. “But the results mean I owe it to the silent majority to appeal and to fight on.

“For now what is important is what happens on the field. We want to finish as high as we possibly can in the league, and the FA Cup gives us the possibility of getting into Europe.”