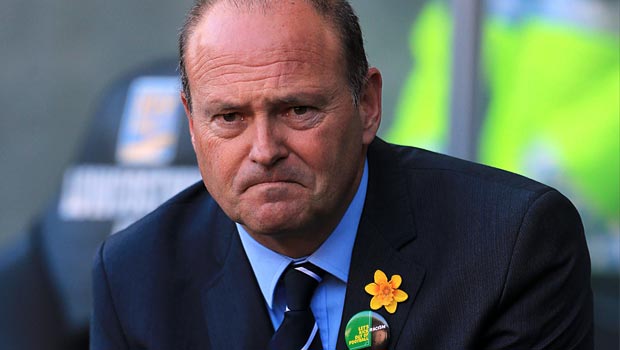 West Brom manager Pepe Mel insists his future at the club is “not important” and is instead focusing on trying to make sure Albion stay up this season.

The Spaniard took over from Steve Clarke in January and has found the going tough in his first job outside of his home country.

Mel’s first eight matches had seen the Baggies fail to collect maximum points and in the wake of another winless run, there had been reports of dressing room unrest.

The players, who were unhappy to see Clarke leave, reportedly don’t agree with Mel’s tactics or methods, and there had been talk the 51-year-old was on the verge of being forced out of The Hawthorns.

However, a first win for Mel at Swansea on Saturday could be the catalyst for a turnaround in fortunes for the Spaniard as he looks to guide West Brom to safety.

The victory was Albion’s first since New Year’s Day and their first away from home since they won at Manchester United in September.

Another defeat had looked likely for West Brom when Roland Lamah gave Swansea the lead but second-half goals from Stephane Sessegnon and Youssouf Mulumbu were enough to give West Brom a vital three points.

The results moves West Brom three points clear of the bottom three, and Mel hopes to see his players training with smiles on their faces after finally registering a win.

“My position is not important,” he said. “What is most important is to win, for the fans and the players. The future for West Brom for me is good.

“This win was for the fans and for the players because the players this week worked very hard and the fans were very kind to me today.

“It was important we equalised early in the second half because confidence is a problem and it gave us the confidence to go on and win.

“Now we have 28 points and we have more confidence. We will be training with a smile on our faces next week.”

West Brom will hope to make it back-to-back wins next week when they travel to the KC Stadium to take on Hull City.